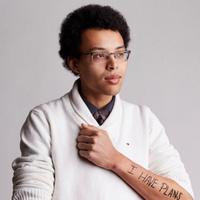 Chase Coger is an American political scholar, political activist and theorist, inventor, businessman, and author. He is a political scientist by profession with an academic focus on international affairs with a specialty in US-China relations, Chinese foreign affairs, and US-Sino military affairs; comparative politics specializing in authoritarian regimes and revolutionary movements; and in Chinese domestic affairs specializing in macroeconomic development policy for coastal regions and special economic/free trade zones, and internal security/legal policy for Chinese separation movements.

In 2021, Coger graduated from Missouri State University with a Bachelor of Political Science and Economics. He is the author of numerous articles regarding Chinese foreign policies and internal economic matters. A researcher and a diplomat by trade, Coger has served as a student diplomatic attaché to the US Embassy in China, PRC and took those skills to compete in MMUN, AMUN, and for team USA at the CWMUN. A prospective future lawyer, Coger was a nationally awarded civil plaintiff and defense attorney in AMTA Mock Trail and currently serves at his Alma Mater as an Assistant Coach for Missouri State Mock Trial Team continuing his love of the competition as a judge. Coger is the founder of the Imperial Project, a research and political movement to address lack of governance structures on the international stage which seeks to amend the Westphalian system of global governance. In his spare time, Coger can be found tinkering with his Small Modular Reactor, optimizing his B-Series service droids, developing his C-Series assistant, and working on various other hard/software projects. He is an avid lover of military strategy and history, Star Wars, and Chess. Currently, Coger is eyeing on starting his Juris Doctorate and his Master of Political Science at university in Washington, DC; United States for the 2022 academic year with the goal of becoming an in-house counsel legal representative for a major multinational firm.